There is no question as to whether technology drives other industries forward, but this growth is a product of gradual momentum, not the bubble bursting kind of acceleration so often expected. We talk about disruption, then adoption, acceptance, proliferation, and only when an industry is saturated with startups do we bring evolution into the conversation. This is a symptom of a past when innovation and impact were comparatively infrequent, periodic events. Moreover, we are creatures of habit, always intent on finding newer, easier ways of accomplishing the same thing. Unfortunately, this means that transformation only begins once competition becomes infeasible and true innovation is the only path to success.

The futurist, Ray Kurzweil, compared technology and biology as evolutionary processes. He theorized that our overall rate of progress was doubling every decade. To put this into perspective, almost 20 years have passed since he made that comment, meaning that our speed of innovation is already nearly four times faster than it was at the time. This might not sound revolutionary but if you consider the number retrospectively, we are now inventing at over 120 times quicker than we were in the 1950s: Change that would have taken years, now happens in days. Change, however, is not actually synonymous with innovation.

Disruption is a loaded word. The integration of technology into an industry invariably begins with a long period of digitization. Corporations move slowly and are inherently averse to change and the consequent risks. Prior investment remains a barrier to innovation and adoption. It is only once change becomes essential to survival that most organizations are willing to accept the risk as reasonable. Therefore, the only initial disruption is in terms of efficiency: Using technology to improve the speed and accuracy of established processes. This is change and it is, more often than not, a positive step towards real innovation, but it is not, in and of itself, evolutionary. Disruption only really occurs when technology is used to create new paradigms, often in conflict with traditional thinking. We like to think that change means progression, but as Peter Thiel famously said: “We wanted flying cars, instead we got 140 characters”.

FinTech is probably the most widely publicized technology sector. The concept may have existed much earlier but the first use of the term can be traced to Citicorp (Now Citigroup) as recently as 1993. No one could argue that the financial industry was unaffected by the sudden realization that technology could be used to facilitate vastly improved efficiency throughout a sector that had been largely stagnant for more than half a century. And yet, it would only be 16 years later, in 2009, with the release of blockchain (Bitcoin) that something entirely new would come into existence. Something disruptive. The impact of which opened the door to a whole new way of thinking.

EdTech is no different. The fact that technology could be used to improve educational efficiency was immediately obvious, and yet the industry remained constrained by lack of access to hardware, software, connectivity and computing skill. As these limitations have become less relevant, the EdTech industry has exploded, but the result has been less than revolutionary: We set out to digitize traditional thinking, to increase the efficiency of existing methodologies without imagining how the introduction of technology could change learning at its core.

In this we were successful. The global proliferation and adoption of e-learning has been nothing less than staggering. What the industry has failed to do is to look beyond established principles, some of which date from as far back as the Platonic Academy (Greece) around 400 BC and before. That is not to say no-one is trying. Innovation however, has largely been focused on creating more scalable ways of serving the same journey: consume content, submit assessment, achieve certification. While this cycle is synonymous with classroom education, it does nothing to evolve the concept learning in any measurable way.

Speaking about technology in educational reform, Sir Ken Robinson said: “They are trying to meet the future by doing what they did in the past”. He said this in 2010 and its as true today as it was back then. Anant Agarwal, CEO of edX, went as far as to say that “it is pathetic that the education system has not changed in hundreds of years”. These are forward thinkers with platforms to create real change. They know there is a problem and want to find a solution, but the conversation inevitably gets stuck on how. Education is one of the oldest structures in our history, but we mustn’t allow established thinking to limit innovation.

We started Virtual Academies after many years of industry experience (Construct) and a visceral understanding that genuinely impactful change was not just possible, but essential. In order to achieve this we needed to approach the concept phase from a different perspective: In digital education, we apply a learning-first methodology; in development, we talk about design priorities in terms of target platform, mobile-first for instance; while in technology, we endeavor to create future-proof solutions, which almost always result in risk avoidance ahead of innovation. In order to take an intuitive leap past the curve, we instead decided to approach the project from a future-first point of view.

In simple terms, this meant making informed assumptions about what digital learning would look like and designing for that world, without considering present trends. This wasn’t purely a software or a learning problem, but rather an exercise in experience design. The first challenge was to identify what will attract and retain learners a decade from now, taking into account the technological and cultural differences between current and upcoming generations. This allowed us to analyse the effectiveness of established learning frameworks in terms of both technology and people.

Performing a current market analysis from this new direction added further credence to our hypothesis: Existing open-source learning platforms like Open edX, Canvas or Moodle, while all effective, successful solutions in their own way, share one particular trait: they each aim to provide an abundance of functionality that empowers traditional learning at scale, without really adding anything new to the educational model. While in parallel, proprietary destinations, like Coursera, Udemy and Udacity, have gained massive traction by offering simplified learning, using the same established methodologies, but across an incredibly wide range of topics. To cut a long story short, the industry has succeeded in going digital by putting quantity above quality.

Our intention, therefore, had to be the reverse. Instead of prioritizing volume of features, courses or learners, we focused on the ideas of engagement, retention and value. With this in mind, certain concepts quickly became definitive: collaboration, communication, expertise and practicality among others. We needed to build a system that supported learning together through adaptive, experiential activities designed to impart real-world skills. We needed the platform to be self-explanatory, to bring simplicity back to the learner journey without sacrificing impact. We needed learners to feel supported in a truly tangible way. Most importantly, we needed to design an experience that could teach more than merely its constituent content, that would improve everything from teamwork to leadership, empathy to motivation: The soft skills that bridge the gap between education and experience.

We are proud of what we have accomplished since then, but our platform, Viper, is still in its infancy. As is our understanding of what learning will look like a generation from now. That is not a barrier though, it’s an opportunity to have a voice in the evolution of digital education. In taking on this challenge we accepted a responsibility to put learning first, real learning, not the traditional consumption and regurgitation of knowledge but rather, the promotion of understanding, application and independence of thinking that can only come through practical experience.

It is our belief that every industry needs more forward thinking that purposefully challenges the status quo and drives innovation ahead of change. We are all, each and every one of us, responsible for what our world will look like in the future. If we continue to put efficiency above evolution, all we will ever accomplish is more of the same. Change happens gradually, but innovation happens suddenly, and as we move towards the technological singularity, that frequency becomes almost instantaneous. If we accept that what we know today is only a pale reflection of what we could know tomorrow and look towards the future unlimited by traditional thinking, there will be nothing to hold us back. Digitization is unavoidable, but it should not define potential. Disruption is essential and positive, we know this. Why not start by breaking the mold, by considering technology as an engine for evolution, not merely a way to improve efficiency? Maybe we can make entirely new mistakes and grow. Maybe we can change the world. We’re going to try, and we hope you will too. 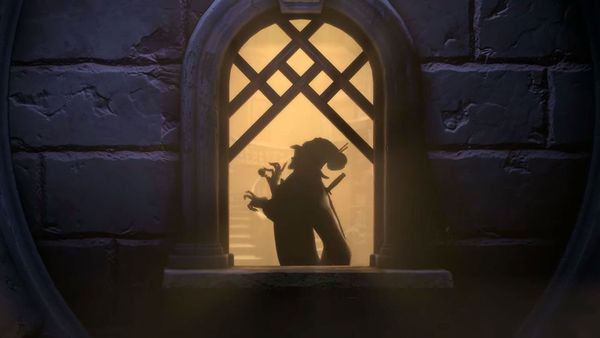 Here, though, they were kept in check by the ruler of White Spire, the ineffable Momma Eeb. Magnanimous to her friends, merciless to her enemies, she kept the balance, and it showed in the subtle confidence of all her subjects. Mireska loved this city because it was free of fear. 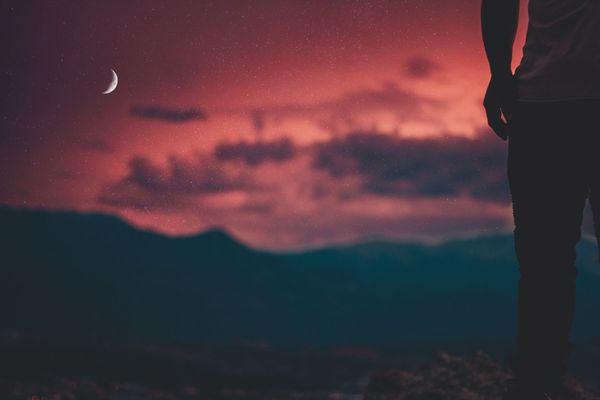 I have no words to tell you, all that you mean to me, But these that follow after, May just let you see. You are my first, my last, my